How Oleg Kulkov Trained For a Marathon 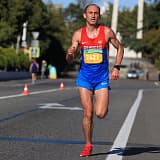 Could you tell about your marathon training plan? What was your weekly training volume? Did you use down weeks? For instance, 3 weeks of full training volume and 1 down week. How many kilometers did you run on Sundays and which exercises did you include in your trainig plan?

Thank you in advance. 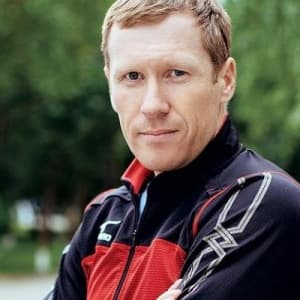 Master of Sports of International class in track and field athletics, winner of the Zurich marathon, participant of the Beijing 2008 Summer Olympics, multiple European Cup and Russian championships medalist, coach of the school “I Love Running”

I consider myself a "low-running marathon runner"))). If you read how much luminaries of the 80s and earlier period run, my statement will not seem humble. For instance, Ravil Kashapov ran sometimes more than 1200 km in a month. My running volume was about 200 km per week in the training camp at middle altitudes.

I never got carried away by great volumes and did it consciously, because I think it's just one component of marathon runner's training. There are other components that require attention, like speed. I always tried to take part in races shorter than a marathon distance. So, I became the bronze medalist of the European 10,000m Cup in Istanbul in 2008 and finished in 28:48; one week later I won the Zurich marathon with time of 2:11:15. I remember how easy it was to run and which speed reserve I had on the distance. I think it was possible due to the right accents in training for the European 10, 000m Cup.

I did not use planned down weeks. We trained a lot and intensively in the training camp and when I came back home the running volume was reduced by itself due to the necessity to do housework and other duties.

When I trained for a marathon I used various types of running workouts: interval trainings on sections from 200 m to 3000-4000 m, tempo runs (from 8 to 12-15 km), hill running (from 100 m to 30 minutes of continuous running up the hill). Such conditions exist in Kyrgyzstan.

I run half-marathons regularly, my personal record is 1:52:00.

I've finished running season and plan to return to running trainings in spring (in late March or in the beginning of April). I have several questions: 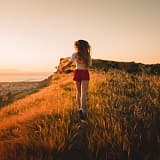 How to Improve a Half-Marathon Result
Question: 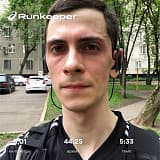 Weekly Running Distance during Training For Half Marathon And Marathon
Question:

How many kilometers, on average, per week should I run when training for a half-marathon and marathon? 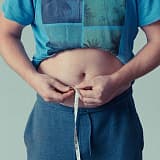 How Much Should I Run If My Weight is High
Question:

I have lots of weight. At the moment I run 5 km every two or three days, plus I train in the gym. I limit my food consumption but sometimes I can break my diet and begin to eat a lot.

I would like to take part in a marathon. 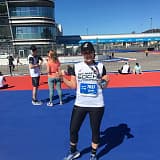 10 km Personal Record, How To Train And Increase the Distance To 21 km?
Question:

I practice running since September. I ran 10 km in 1:09 yesterday in Sochi. My best result so far ... It was very hard race.

I can not figure out how to train further. Should I increase the running distance or just try to break the 1 hour limit.

My goal is endurance development and 21 km race in the long term.

Thank you for the opportunity to know the answer.